It’s not news to anyone that COVID-19 has changed the way New Zealand does business. Even when retail stores open again, customer behaviour is unlikely to return to pre-lockdown times for a while. Online shopping is likely to remain a much larger part of the retail landscape.

As Lotto discovered when the move to level four lockdown was announced, having an established online store was only half the equation.

Lotto’s Head of Customer Service Peter Cooke explains how, with the total closure of its retail outlets, Lotto made sure it stayed connected with its customers.

“We knew there would be unprecedented online demand and a rush to sign up to our online store,” says Peter. “With this being the first online experience for many of our customers, we wanted it to be seamless.”

“Even though we anticipated getting up to ten times the calls to our contact centre that we normally handle, we threw down the challenge to Telnet – 100% of customer calls needed to be answered and all emails responded to within the day.

“Within 24 hours of appointing Telnet as our customer support partner, we were achieving that goal, enabling tens of thousands of new customers to enjoy their first online Lotto experience on the Saturday after lockdown began.”

Lotto’s ambitious goal was the right call. A recent report suggests that retailers who maintain an emotional connection with customers can expect to earn up to twice as much from each customer than from those who are merely ‘satisfied’ with the brand.

Emotionally connected customers also have a 306% higher lifetime value. While a lot of that brand love is built through higher-level communications, it can be quickly eroded with poor customer service.

As John Chetwynd, Telnet’s founder and CEO explains, issues with online stores can arise when things don’t go as the customer expects.

“If you’ve got a bricks-and-mortar environment and need to add an online store, many retailers will set up a website and stop there. But what happens when it doesn’t quite work or the customer has a question? You need a wraparound service – and in the new world of retail, you need to get the whole thing right if you want customers to remain loyal.”

Building 10-times the capacity in 24 hours

While Lotto has long had an online store, its retail outlets have been the backbone of the business. When the level 4 lockdown was announced, it had less than a week to move most customers online.

Peter says: “Taking the biggest part out of our distribution model was a big change. Hypothetically, 1% of active players online will need help, so if you have 200,000 playing, you’d expect 2000 calls.

“When you factor in people who are new to the platform, you’d expect calls to go through the roof. So the question was, ‘How can we support this at very short notice and still resolve every customer enquiry?’

“We needed to make sure everyone who wanted to play could play, both for our customers, and for the charities who receive 100% of Lotto NZ profits. That is our core purpose, to make a difference to communities all over New Zealand. During this time, we know these causes need our support more than ever.”

Lockdown happened on a Thursday, and when it became clear that Lotto retail outlets would be closed, the team sprang into action.

“I reached out to John and said: ‘I need 30 people by tomorrow!’ At 4 o’clock on Friday, we appointed Telnet.  By the next morning 35 agents had completed their training and were on the phones by 10.30am.  By the time we had our Saturday night Lotto draw, Telnet had managed 1000 calls with a 96% resolution rate. It was an amazing achievement.”

Telnet’s capability comes down to its experience in managing “spikey” demand with clients such as New Zealand’s largest electricity lines company Vector, which needs the capacity to receive thousands of calls in major storms and outage situations.

“We could be trucking along with a few calls an hour into Vector’s line, and then there’s an outage, and thousands of people hop on the phone. Traditional contact centres will build capability and service experience over time, but our business can deliver a good customer experience in short time frames,” says John.

In supporting its clients, Telnet goes way beyond the traditional approach to knowledge management.  “Many companies rely on document-based information which is can be hard to search and keep updated, and requires a lot of training time” explains John.

“Telnet’s system is far more intuitive.  The agent simply types in the customer’s query and then receives an answer, written in the first person – they don’t need to interpret anything, they just read the answer aloud. Ascreen pop-up guides the agent through the whole call.”

John says this ensures you’re giving consistent service every time, “…and most important, the agent then has more time to focus on the interaction and tone, showing empathy and taking the time to really listen.”

That’s what Peter found once the Telnet team was underway.

“Our in-house calls used to be transactional, but now I listen to some of them, and we’re helping people with things far beyond how to play Lotto,” he says.

“We’re helping them connect a browser, or to WhatsApp. With so many of our customers isolated in their bubbles, sometimes they just want to have a chat – and that’s a good thing.”

Lotto’s call centre was established with a base set of questions and answers, and the Telnet system then recorded customer questions as they were received, building the knowledge base fast.

“As soon as we get more questions, we can add them to the system,” explains John.

Peter says that was a huge part of Telnet’s success.

“They kept learning, so they could deal with more calls themselves, rather than having to pass them back to us,” he says.

Phone-ready in less than 24 hours

While Telnet’s cloud-based system is built to require very little training –prompting and guiding agents through every stage of the call – there is still some training needed to ensure agents understand and can embody the values of the brand.

The way Telnet tackles this learning is unique too. Its system has built-in E-learning modules that can be tailored to the needs of each client, and implemented quickly and remotely by its agents.

It may be an understatement to say that Peter was impressed with the speed with which Telnet got a large team up and working.

“It once took me 12 weeks to recruit 30 and fully train people… to do it in 16 hours, and to achieve the results that we did, was incredible,” says Peter.

“During this time, we have managed to operate online only but our retail network remains an integral part of our business. We have more than 1500 retailers around New Zealand and they typically make up the majority of our sales each week. It is great to have them open for business again in Alert Level 2.”

“Following the lockdown, and our ability to adapt quickly to COVD-19, we are in a much stronger position to move forward as a business.”

Lotto and Telnet – a perfect match

When lockdown was announced, Peter realised that his team wouldn’t be able to cope alone.

“We would have spent our time dealing with grumpy customers because they couldn’t get through. It would have been horrible in an already difficult situation,” he says.

John’s team at Telnet knew what they were doing and were up and running in less than 24 hours. For Peter, it felt like the perfect match.

“Nothing’s been a problem. It’s worked out incredibly well – if they couldn’t help us, we would have had some very upset customers, and everyone would have heard about it.

Peter also likes that Telnet is a New Zealand company.

“They understand Lotto and how important the customer experience is to us. And while its agents also had to work from home like everyone else, they still put customers’ needs first.

“We had a clear goal, we shared it with John, and his team took it on. It’s a well-worn phrase, but that was a good, Kiwi can-do attitude. For the near future, we’ll be continuing to work with them.”

In these tough times, the way for businesses to survive and even thrive is to stay focused on their customer service. That means excellent ongoing communication and attention that give every customer the feeling of being valued.

That’s exactly what the Telnet team did for Lotto. While concentrating on the spiking number of calls from customers, and managing a system that answered every one, they also helped out the overarching customers – Lotto itself and the charities it supports with its profits. 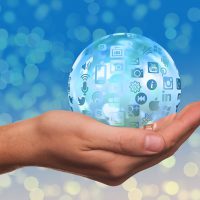 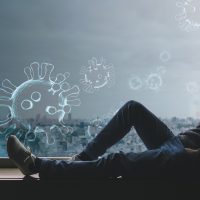 Telnet is more efficient after lockdown 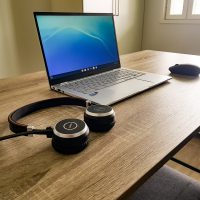